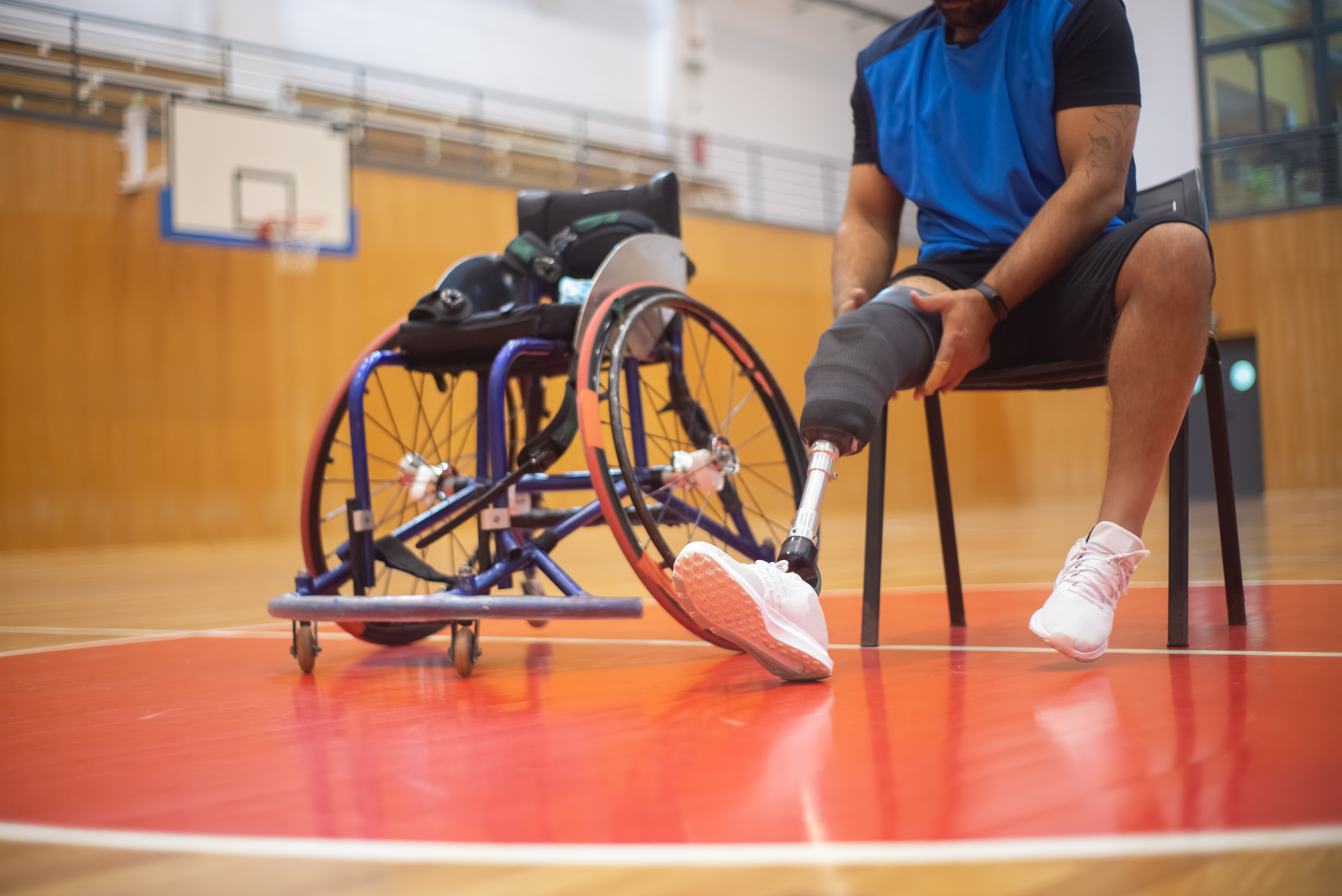 “Neither shall your name be called Abram any more,

but your name will be Abraham; for a father

I have made you out of the nations.”

From the moment he begins as an Entered Apprentice, the Mason is instructed in the importance of remaining free. The initiate quickly learns that freedom is a quality of life that the Art takes very seriously. Every Mason is told at some point early in his Masonic career that he must strive for the rest of his life to be the sole sovereign over his earthly destiny. You also learn that from a political perspective, while Freemasonry refrains from expressing preferences in general, the Craft strongly supports liberty, freedom of speech, freedom of religion, freedom of association, and a free public education for all citizens. .

In his Books on Masonry, Albert Pike wrote that where two or more of these sovereignties associate, the State begins, requiring each to relinquish a portion of his personal sovereignty. (Morals and Dogmas). However, even in the act of renunciation, the individual wins, because he participates in the establishment of a union whose bonds will never dissolve. That union is called brotherhood, a word that conveys both a definition of unity and an understanding of how to achieve human unification.

It is very likely that the Masonic meaning of fraternity is very different from the meaning it acquired while attending school. At colleges across the country, campuses abound with fraternities that offer male students social acceptance, camaraderie, fellowship, and a central place or house to sleep, study, and play. Women are not left out, as most of those campuses offer the same environment to female students through a variety of sororities. Many who join Freemasonry have also been members of such fraternities, as well as other fraternal social organizations, such as the Moose or Elks lodges. While it certainly does not denounce or demean any of those fraternities that perform many valuable services for the societies in which their members live, the meaning of the fraternity for the Craft is deeply philosophical.

Lamenting how communities of seemingly good people could quickly transform into vicious and deadly armies, Manly P. Hall wrote Books on Masons and on a new fraternal order that he hoped would eventually sweep the world. In his book Lectures on Ancient Philosophy, Hall called his new order the gospel of identity. The premise of his new gospel was that all forms of life are manifestations of one God. Using that premise, Hall expanded his thinking to include the notion that all people were evolving toward one identity, one government, and one new world order. Such thinking predicted a new age, and indeed the Ancient and Accepted Scottish Rite titled its publication The New Age. It predicted the fulfillment of a Masonic hope: a brotherhood of man under the fatherhood of God.

Hall’s identity gospel, while subject to denunciation as fanciful thinking at best, or dangerous at worst in its promotion of the abandonment of individual liberties, is relevant to each of us when considered. in light of the lessons set forth in the Holy Bible. As a teaching drawn from the First Great Light Masonry, its significance in shaping individual conduct must be carefully considered. In the book of Genesis, God calls Abram out from among the masses and upon finding him worthy changes his name and promises that, “In you all nations on earth will be blessed.” (Gen. 17:5). That covenant was not with many people on behalf of many nations, but with one holy and worthy man on behalf of all men.

The meaning of brotherhood for Freemasons at least includes the notion that, as members of the nations mentioned in the Scriptures, we are also heirs to the benefits that God has promised: all the nations of the earth will be blessed. But what does Freemasonry teach us about how we should be blessed? What if we’re going to do something? Cain killed his brother Abel and, we are told, was condemned to wander the world. The sons of Jacob through their brother Joseph into a well and left him to die. They suffered the ravages of hunger and death as a consequence. On the contrary, the men described in the Holy Scriptures who treated their brothers well were, in turn, well treated by God and Nature. For us as Masons, the lesson is obvious: treat your brother as you would like him to treat you, then you will be hurt.

But the concept of an Abraham who is the father of all nations also teaches us a valuable lesson about how man is expected to live, especially when compared to the lessons Nature teaches us. We believe as men that equality is the foundation of human freedom. But, true equality in all things leads to chaos and disorder where jealousy and self-interest override justice, compassion, and love. The equality that Freemasonry teaches us holds that all men of all abilities will have the same opportunities in life. Freemasonry teaches tolerance of other opinions, it does not teach that harmony and freedom are achieved when the presence of all opposing opinions forces humanity into moral stagnation. If, as has been said, Hermeticism is the true philosophical ancestor of Freemasonry, then we must heed the lessons of that creed: different ideas and opinions must be synthesized into a cohesive structure in which all men are free to pursue. equally each and every one of the things. opportunity that providence has placed at our disposal.

If you want to be wise, as King Solomon was, you must learn the thoughts and desires of your brothers, as well as the thoughts of your family members, neighborhoods, places of worship, and workplaces. As human beings, we come together first to differ, then to listen to the difference, and then to make a difference by reaching agreement. It is sad that the word compromise has fallen out of favor in our world today. Compromising a position means to some the very abdication of all that is right in favor of all that is false. The arrogance of such an assumption is obvious: no one has the right to assume that their point of view is correct and yours is incorrect. However, we have the right and, in fact, the obligation as human beings to defend the position that we believe to be the most correct. But once the defense ceases, as a brotherhood of the children of God, we have an obligation to reach a peaceful agreement, to reach a compromise, to abide by the teachings of our hermetic philosophy, to synthesize and harmonize.

Freemasonry does not release us as men from the responsibility of assuming the difficult task of discovering the correct path that leads us from chaos to confusion. Suffice it to say that there is no silver bullet or magic potion to ease the way. Adjusting mutual rights and mutual wrongs is as difficult for us as it is for nations around the world who disagree on almost nothing. Freemasonry teaches us that the difference lies in how we feel about human beings with whom we have different opinions, and that is a feeling about others that must be learned, because we are naturally very selfish and enjoy indulging our own interests. . How natural is it for a whole body of men to work industrially all their lives and then give of that wealth so that crippled children can be cured at no cost to them? Isn’t it more natural to spend what you have earned on yourself and also punish the poor for being poor? Freemasonry teaches us that fraternity is not about self-interest. Rather, it is about someone other than yourself, a lesson that may take a lifetime to learn, if ever really learned.

If the truth were told, humans find it extremely difficult to place their faith in other humans. When a doctor recommends a specific medical course of action, we usually want a second opinion. Before hiring a person to handle our money, we look for guarantees that they are ethical, honest and, above all, connected! Freemasonry does not ask us to leave our common sense at home; asking for a second opinion and looking for guarantees of honesty are prudent behaviors. That we are compelled to make prudent courses of conduct proves precisely the truth about the difficulties we have with our faith in others. Freemasonry offers you the tools to enhance that faith through understanding and working on behalf of the fraternity.

Not all the works of the fraternity are benign and harmonious. Threats to freedom exist and are very real even in today’s society. Wherever light exists in the world, darkness lurks in the corner waiting for its chance to absorb the light. Demagoguery and despotism, two evils that Freemasonry has fought for centuries, still demand the attention of the Craft. Where they exist, the Masonic pen is expected to bring them to light; to accuse them; to prosecute them; and, eliminate them as best as possible.

By nature, man is cruel. But brotherhood replaces cruelty with justice, compassion and love. By nature, man enjoys seeing others suffer. The fraternity builds hospitals, nursing homes, and clinics for children who need to learn to speak. History reveals that man kills man for pleasure and political gain. Fraternity embraces all men, not only those who think or look like us, all men. The fraternity builds Masons by providing the network within which the gospel of identity can be preached and put into action. Masons build brotherhood by forging a brotherhood of men under the fatherhood of God, following in the footsteps of Abraham so that all nations may be truly blessed.